‘When Dracula is put in change of the blood banks….’ | Iain Biggs 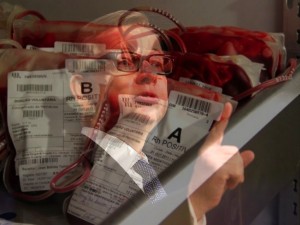 OK, so maybe it’s overstating things to suggest that putting Michael Gove in change of the British Justice system is like putting Dracula in change of blood banks. But then again maybe not by very much.

This is, after all, the man whose ideological interventions into the school system were the most blatantly reactionary and ill-informed imaginable. If we needed one single clear indication that Britain is now an ideologically-driven and increasingly authoritarian State, having Gove in charge of Justice is just that. More soberly, there are of course hard facts that support the claim that we are moving towards an undemocratic and increasingly authoritarian State. We now know from the Electoral Reform Society that the UK 2015 election has just delivered the least democratic electoral result in British history (at least since universal franchise), with almost 25% of elected MPs holding seats that they would not be eligible to occupy if we had a properly democratic system that genuinely represented the views of British voters.

So genuine Democrats in our increasingly undemocratic State now need to work for proportional representation. (Like 1.15 million others who voted Green, I am represented in Westminster by just one MP, despite the fact that in Great Britain Green voters represent about 10% of the total population eligible to vote). I have been following the debates on Facebook about this question of representation, but I would still argue that having to live with BMP or UKIP MPs in a government elected by a system of proportional representation is preferable to the politically numbing anachronism that is the current status quo.

However, as numerous observers have already noted, getting the entrenched political parties to agree to proportional representation (or, for that matter, newspaper proprietors to accept limits to their political influence) will be like getting turkeys to endorse Christmas. So the question each of us faces is obviously “What else can we do”? And, given my own interests and concerns, I have to ask what can those of us with high investment in cultural capital do?

I have written elsewhere in this blog about the importance of George Lakoff’s work. My thoughts there, and indeed in many other entries, amount to what I hope are real indications of what the arts need to do in order to contribute to the creation of a more ecosophical, more democratic, society. Like many others, I suspect, all I can do is keep working along these lines, with and for others, even when this requires living with the increasingly uncomfortable cognitive dissonances that are the inevitable consequence of accepting that we live in an unstable and often uncomfortable  polyverse. Given the consequences of the reaffirmation of the current order, particularly for those without their health, or the social and cultural capital to resist the tide of authoritarianism that is increasingly engulfing them, that’s maybe not too much to ask.

As if to round out this post, my friend David Walker-Barker has just added the image below to his Facebook page. 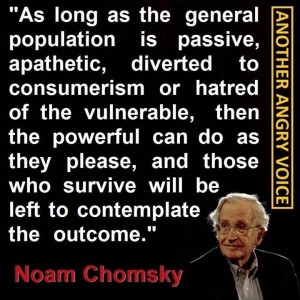