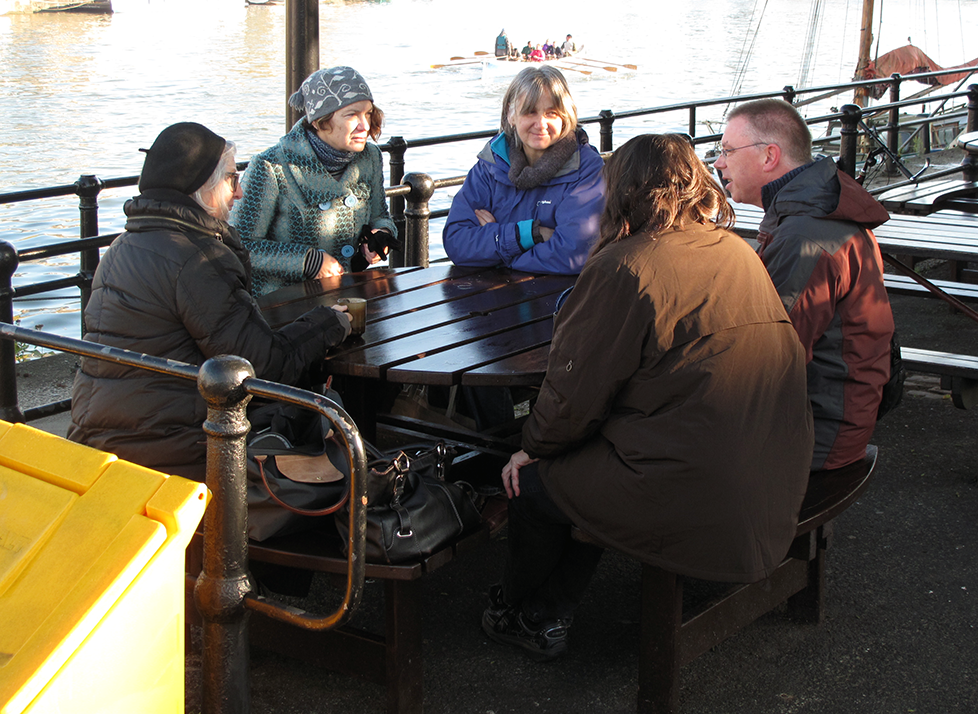 I have been out and about a good deal – ‘on the road’ in a return to how things were when I first began working as a peripatetic visiting lecturer back in the 1980s. Odd.

First, however, there were two very interesting days at the Transgressions conference here in Bristol, where Antony Lyons and I presented our seventeen minute film of the same name. It was very good to meet up with old friends and fellow travellers – the photo above is of (left and then clockwise) Gini Lee from Melbourne, Rebecca Krinke from Minneapolis St Paul, the film-maker and ME/CFS patient advocate Natalie Boulton (who is also my wife), David Smith from UWE here in Bristol, and Mary Modeen from Dundee – and to meet a bunch of new and interesting people. Among the material generated by those new (to me) people I was particularly impressed by Renata Tyszczuk’s presentation – The Satelite and the Fly – which offered an extraordinarily concise and effective ‘ecosophical’ insight into our current environmental situation. (You can find her research at http://www.shef.ac.uk/architecture/people/tyszczuk_r). I then flew north with Mary to spend two days working at Dundee, mostly with her Arts and Humanities MA students, before going south again with them to Leeds, where Judy Tucker had organised a two day symposium around issues of place. There I caught up again with Judy and the poet Harriet Tarlo (with whom Judy collaborates), along with other old friends who teach at the university there.

Three lectures, two seminars, a dash of studio teaching, and the usual level of participation in a symposium when you’re an ‘elder’, may seem a lot of work in under a week but, talking with Gini, Rebecca, Dave Littlefield (who was an organiser of Transgressions), Mary, Judy, Harriet and others with whom I share common cause was a great pleasure and a source of real energy.

Perhaps because of all this travelling I notice I’ve even started to learn to be more patient, knowing that it takes time to process images and ideas and for them to find their place in my imaginative processes.

Photographs I took during my previous trip to Dundee in the summer are only now beginning to surface in a creative context. Where they’ll finally come to rest I don’t know, but at present the centre of gravity for imaginal work remains the proposed third bookwork in the Debatable Lands series. This is currently looking like being a novelistic evocation of life on the Borders, a lengthy mix of image and text (currently running to almost 60,000 words) dealing with three generations across the C20th and into the C21st in which two sisters, Lizzy and Kate Oliver, play a central part. Not at all what I had intended but, like Between Carterhaugh & Tamshiel Rig where the whole Borders project started, as much a matter of ‘inner necessity’ as anything else!

I include one of Kate’s photographs for this work below, which utilises a photograph taken in Dundee. So it goes. 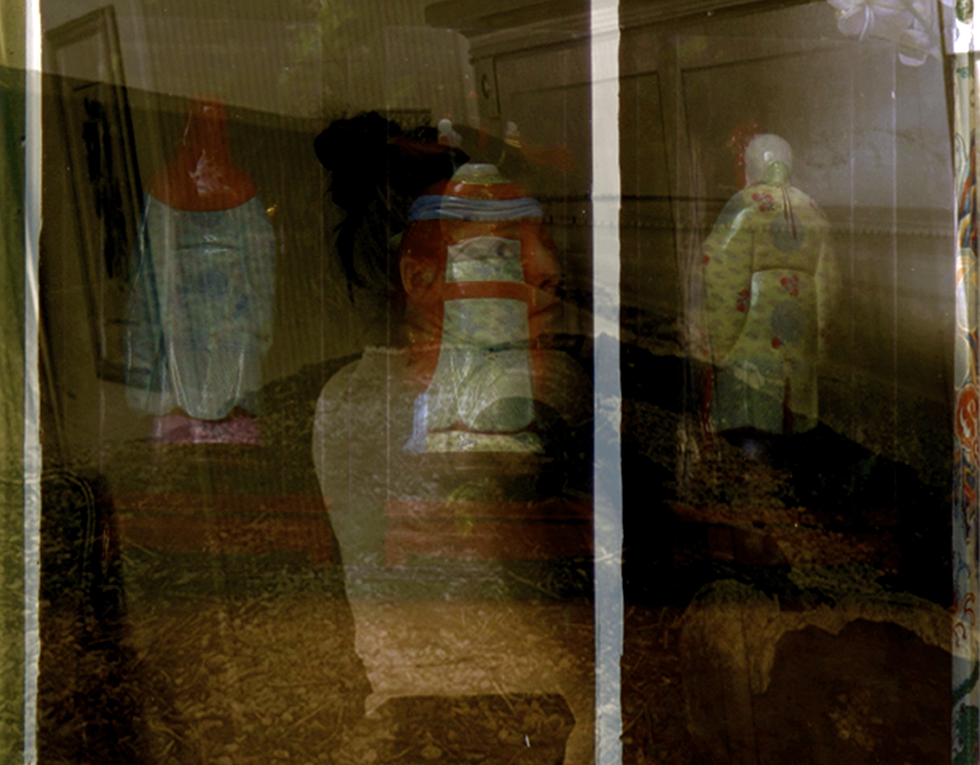