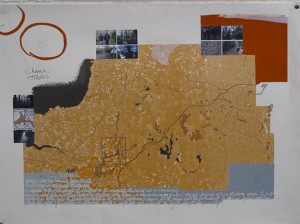 It is difficult to document ‘my’ contribution to the small ‘work pachage’ of a large-scale academic project for which I was responsible. Firstly, at our local level it was very much a team effort with the artist Jane Bailey, in particular, playing a major collaborative and trans-disciplinary role at critical times. For example, a good number of the photographs in these work sheets and slides actually come from Jane’s documentation of events like the ‘Stroll Back The Years’ walks she joined in order to get to know both some of our informants and the local environment around St Brewed in North Cornwall.

Jane’s PhD thesis offers a very fair and accurate account of the achievements and shortcoming of that part of the project for which we were responsible as does, in a more circumscribed way, our jointly written journal article (see below). 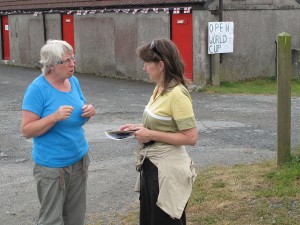 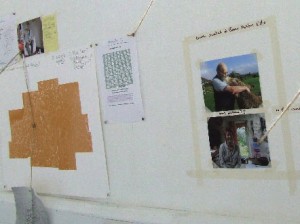 Secondly, major upheavals in the department and faculty of which I was a part at UWE, Bristol, meant that by the time the project had ended we had lost two co-researchers from the team – only one of whom we were able to replace – with all the inevitable disruption that kind of change involves.

Thirdly, I was diagnosed with and operated on for bowel cancer in the last year of the project. Consequently my contribution the the last stages of the project were inevitably rather minimal. 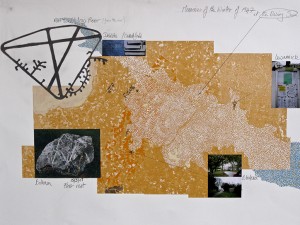 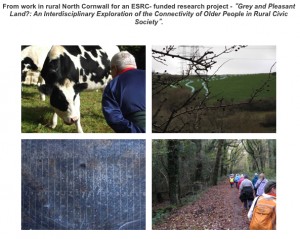 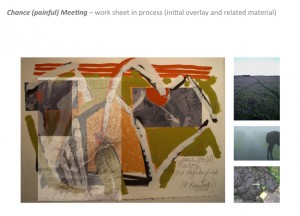 The images included here are for the most part of a number of the large map-based printed worksheets I used to capture and start to structure impressions and information in the early stages of the project. Or, alternatively, they are slides from Powerpoint presentations explaining our work either to the main body of researchers or to local people.

Some background to the project.

In 2008 I was asked to contribute (at a very late stage) to a bid to the ESRC by a large group of social scientists. They wanted to study the connectivity of older people to their environment in rural South West England and Wales, using an inter-disciplinary approach.

After a somewhat complicated initial period the bid – worth £1.1 million – was won and I became the PI for a research work package project to be carried out by a small arts and humanities team. We would use deep mapping to explore older adults’ connectivity in the physical, social and cultural landscapes of North Cornwall as part of the larger G&PL project. In this context we saw the process of deep mapping as referring to processes of engaging with and evoking place in temporal depth by weaving together multiple voices, impressions, and images from conversational exchange and other fieldwork and creative interactions. 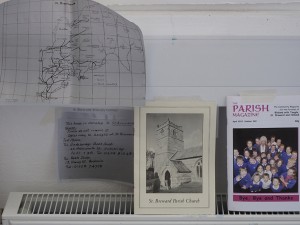 This process was focused by our intention to create a multimedia evocation of a particular rural connectivity. The project through which this research was conducted, Either Side of Delphy Bridge (referred to hereafter as ESoDB), was driven by Jane Bailey as the project’s PhD student, and focused on older people’s connectivities with and through their rural environments, setting out to evoke ‘place’. Place here was understood as a fundamentally dynamic spatio-temporal constellation of complex performative and geographically grounded ‘narratives’ (Ingold, 2011, 2000; Massey, 2005; Casey, 1997) – including the narrativity implicit in images – and as the a priori of rural connectivity. Our underlying methodological concern in the project was with questions of interdisciplinarity and, concurrently, multi-vocality. These provide our focus. 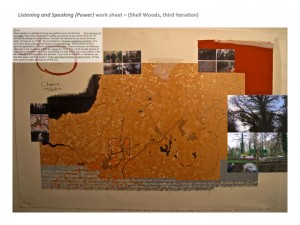 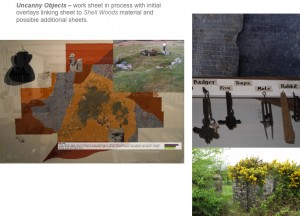 Despite the best efforts of Dan Buzzo, who joined us very late in the research process, the attempt to create on online deep mapping as we had originally intended was only partially achieved. 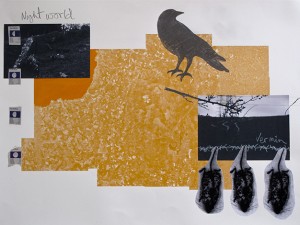 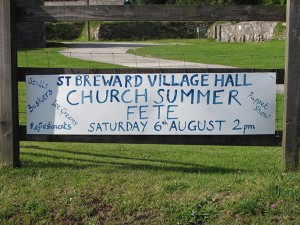