I am pleased to see that a substantially revised and extended second edition of this book is now out. Not least because it contains short chapter of mine, a pair to another for a new book on writing for practice-based doctorates put together by three enterprising Australian academics. (More on that another time).

The response to the first edition of Elkins’ book was very mixed. It is indicative that Amazon UK’s  “Most Helpful Customer Review”  (which when I checked it yesterday said 23 of 24 people found it helpful) was by someone calling themselves “Mada about music”, who gave it 3 out of 5 stars. The review was entitled: “Very much a mixed blessing” and was published on the 10th of  May 2010. It reads as follows and, I would say, is probably fair comment (although perhaps just a little ungenerous, given that Elkins had, for all his art historian’s ‘Neo-colonialist’ orientation towards what he persists in calling ‘Studio Art’,  at least raised important issues).

“It’s never a very promising sign when the editor of a book that deals with the kind of complex debates addressed here gives the impression that he’s not really familiar with the field under discussion as something that is lived with and debated by real people, rather than simply addressed as part of a disembodied ‘discourse’. (On p. 118 Naren Barfield is referred to as “she” which, unless he has recently undergone a sex change, may come as a bit of a surprise). This may seem a very trivial point, but I would suggest that it’s indicative of a type of “high altitude” thinking that’s so busy trying to demonstrate it’s own all-inclusive authority that it can’t be bothered to really attend to the finer grain of other people’s concerns or arguments or to do the necessary homework required to “dig down” into what is actually at stake”.

“This is a book clearly written to cash in on a change in the American education market but is based on experience that has mostly been gained in European and Australian contexts. It may be of interest and value to those who wish to reflect on doctoral level arts education in the USA, but as a participant in these debates in the UK I can’t really recommend this book wholeheartedly to potential PhD applicants or to those involved in supervision. The first section is somewhat confused in intent – who exactly is the audience for these very various – and in some cases very out of date – chapters. (One chapter was written for a conference in 2002 and promotes arguments that have long been discredited by more recent doctoral work). The second section, made up of extracts from the written element of eight PhD projects (without more than the briefest contextual information), is ultimately of dubious value other than as an indicative sample of writing styles”.

“My main objection to this patchy book it is that, from where I stand, it comes across as a lazy attempt to cash in on an educational situation that really requires a much more considered and thoughtful approach, put together by an editor who really ought to know better. The choice of contributers to the first section inevitably results in an uneven mixture of disparate views that, to someone whose been involved in this area for over ten years, are as predicable as they are dull. This is ultimately a book for those academic managers and administrators who need to “have an informed view” on the subject before they attend that next all-important committee meeting on updating the curriculum, and not really for arts based doctoral students or their supervisors. If you’re in the former category, then you may find it useful in parts, if not, you probably will not.”

“Hopefully in due course someone will recognise just how far short of what is needed this book falls. If we then get a book that really does take the time to look properly at the historical development of the arts practice doctorate, makes informed sense of the issues involved, and examines the potential this has for helping to reform a higher education system that currently singularly fails to grasp what is at stake, this book will have served one useful purpose.”

I have yet to receive my copy of the second edition, but from information already available there are some obvious changes. Elkins has clearly substantially reworked his own contribution to Part One. His original contribution is now entitled: “Six Cultures of the PhD Around the World” (this replaces his “Three Configurations of Studio-Art PhDs”) and he has added three further sections – a “List of PhD Programs Around the World” and two new sections. One is entitled: “Fourteen Reasons to Mis-trust the PhD” (to which Judith Mottram has provides a “Notes in Response” section in addition to her original contribution) and the other “Positive Ideas for PhD Programs”. The other new inclusions are my own chapter – “Singing Across Thresholds” – and two new additional chapters from Mike Wilson and Jonathan Dronsfield.

The implications of that request, in the light of the realpolitik behind the acrimonious debate around the economics of the MFA as the existing ‘terminal degree’, or rather of introducing arts-led doctorates in the USA (and lets be clear, that’s what this book is really about), is I think obvious enough to need no further comment here. Professor Elkins has always been a canny political operator in terms of that politics and I am sure nothing has changed in that respect. When (if) I receive my copy of the second edition, I’ll comment further. 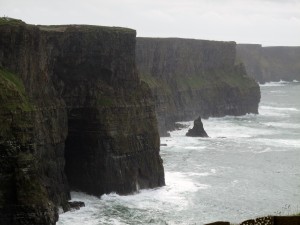 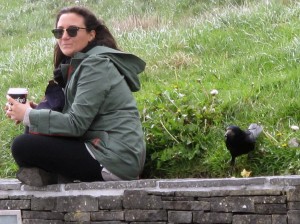 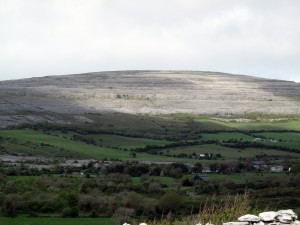 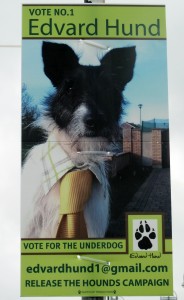