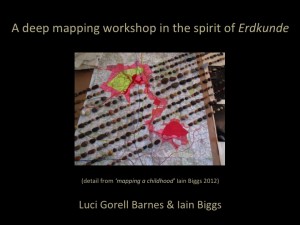 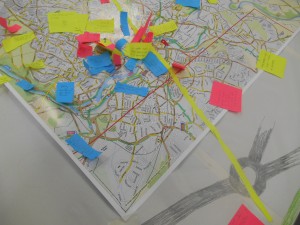 As so often when things are difficult, I find myself turning to music as a way of steading myself, making space for something else to well up into whatever troubled place I currently happen to be in. (This will hardly be news to anyone who reads this blog regularly).

As I write this, in hopefully the dog days of a long bout of ‘flu that went to my chest, I’m listening to a new CD – by Alela Diane and the guitarist Ryan Francesconi – called Cold Moon. This sounds like the necessary and inevitable followup to her beautiful About Farewell and somehow perfectly matches where I find myself just now. If you’re into this kind of music – which is almost impossible to categorise (although she sometimes reminds me of the spirit of Sandy Denny, the intensely personal narrative refigured through the lens of a sense of the collective that belongs to any folk tradition) – start with the tracks Cold Moon and Shapeless and, if those press your buttons, listen to the whole CD.

And, while I adjust to the changes emerging in my life and try to pick up my health again, all manner of bigger and more serious storms rage elsewhere – not least in the political world and in the lives of some of my friends. The first are too large to think about in my current state and the second too personal to be included here. I am, however, turning once again to trying to realise a recurrent desire – the idea of organising a ‘hedge school’ for those whose I know whose creative potential in all its ecosophical dimensions has somehow been failed by their encounter with the university system. That desire, and an unexpected enquiry from a Dutch friend, remind me that there is still a great deal of interesting work to do out in that currently distant quarter of my life, no matter the current difficulties and sense of restriction.

Just a question, as always, of ‘keeping on keeping on’.