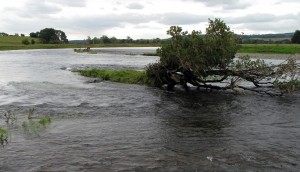 Perhaps as an unconscious way of preparing myself for the UK’s pending General Election – we vote on Thursday of this week – I have just started reading Geoffrey Parker’s monumental book Global Crisis – War, Climate Change And Catastrophe In The Seventeenth Century (2013). And I’m not using the term ‘monumental’ loosely since the main body of the text alone is 708 pages long.

This is a history of genuinely global scope, and one based on an astonishingly detailed and wide-ranging reading of human and natural archival material from across Europe, Asia, Central America, and the Far East. In addition to the many and diverse elements that make up the human historical archive – Parker lists oral histories, written texts, reported numerical information, pictorial representations, epigraphic or archaeological information, and instrumental data –  he draws on the ‘nature archive’ of ice cores and glaciology, palynology (pollen and spore deposits), dendrochronology (growth rings in trees),  and speleothems (deposits formed by groundwater as stalactites). It’s not easy to summarise this book’s various aims, but put very simply it challenges the presupposition of generations of historians who, like Emanuel Le Roy Ladurie, have dismissed the consequences of climate change on human affairs as ‘slight, perhaps negligible’. That’s to say it sets out “to link the climatologists’ Little Ice Age [1640s – 1690s] with the historians’ General Crisis” that occurred during the C17th.

So for anyone interested in encouraging the formation of ‘hydro-citizens’ today (as I am currently signed up to be, although the term ‘hydro-citizen’ already seems an unnecessary limitation on the more appropriate notion of eco-citizenship), then I can see that this is going to be an important book.

Long and detailed this book may be but, even before I’ve finished the Prologue, it has me completely hooked. In addition to the interest of its argument itself, it is clearly going to be a book that anyone who understands the epistemological implications of Felix Guattari’s notion of ecosophy for the explanatory power of narrowly discipline-based approaches such as ‘economic history’ (and, of course, has the necessary time) should be sure to read. Although I’m only twenty pages in I’m already aware of the many ways the global situation during the Seventeenth Century bristles with ominous resonances with our own current situation.