I’ve been busy with the Bristol City Water project recently. One activity on Sunday was Perrie and Proxi’s celebration in the form of the The Bristol Syzygy Oath, administered at high tide in Bristol on 22 03 2015, shortly after 8.29 am.

The day after I wrote the previous post I picked up the latest edition of the London Review of Books (19th March 2015) to see that Marina Warner had written a lengthy article with the headline: Learning My Lesson Marina Warner on the disfiguring of Higher Education.

It is a damning indictment of a Byzantine system of ‘audit as weapon’ that is driven by a callous executive class who know little and care less about anything that the average ‘chalk-face’ lecturer with a vocation would call education. A system run by an executive elite that have abjectly embraced what Warner calls “the new managerialist philistinism” and whose average salary is in excess of £250,000 a year. As she notes “the major parties have had almost nothing to say” – unsurprisingly since the Coalition began with the Liberal Democrats shameful betrayal of their pre-election promise on fees – and it is only the Greens who “have the right ideas”. But at the end of the day her most significant insight is that the current politics with regard to education is not just a by-product of economic policy. It is ideological, and its aim is to wreak “the ideal of emancipation through learning” through a process of exclusion. Which takes me back to my original concerns.

I would strongly recommend anyone interested in both Higher Education and its relationship to a genuine democracy to read what Marina Warner has to say, not least because it helps chart the means by which the basis of that system is being undermined by an increasingly totalitarian version of capitalism.

I’ve just returned from Wales, where I was attending the ‘Thin Places’ Symposium organised by the Irish curator Ciara Healy in conjunction with Oriel Myrddin Gallery, Carmarthen. This event, attended by about sixty people, marked the closing of an exhibition of the same name. (The term ‘thin place’ derives from archaeology, where it refers to an anomaly in a landscape that served as an entrance to the otherworld or where two or more worlds bleed into each other. The exhibition included artists from Wales and Ireland whose work Ciara felt evoked some aspect of this). What was particularly interesting to me was that people were happy to come not only from from London, but from Scotland, Ireland, and Cumbria, to attend this event.

The day was opened by a presentation by the archaeologist Dr George Nash, who reminded us that even in the Neolithic Thin Places, as marked by megalithic mausoleums, were subject to complex rules and strategies designed to enhance the rights and privileges of those in power. These included restricted visual access, legitimate rights and rites, playing with location and orientation in the landscape, the use of specific materials – particularly stone – and of the local  geography, the use of distinct secular and distinct ritualised zones. Yet at the same time a certain unity was created by bringing the wider landscapes into the sacred space of the tomb which, in turn, clearly created a certain intimacy between people and the elements that made up the surrounding landscape. In short, there was a politics to Neolithic spirituality, and a spirituality to Neolithic politics. For anyone interested, this and all the other talks were recorded and appear on the gallery web site at  http://orielmyrddingallery.co.uk/2015/03/thin-place-symposium-audio/

The day was not without its conflicting elements – one of the six speaker had the woman next to me literally squirming in her seat with indignation. Nor was it without its humorous moments. I was particularly taken by an image shown as part of the context for the delightfully tricksterish work of the artist Serena Korda. This was of owners of black cats quietly waiting outside a Hollywood studio with their pets in order to attend an audition for a part in a Vincent Price film! (A photograph of my own contender is included at the end of this post). The two talks by artists in the exhibition – Jonathan Sammon and Serena Korda – demonstrated just how well and carefully Ciara had picked the work she wanted to show.

Reflecting on this and the rest of the event takes me back to a chapter by Geraldine Finn called “The politics of spirituality, the spirituality of politics”, published in a book called Shadow of Spirit: Postmodernity and Religion (1992).  Although I would like to quote at length from Geraldine Finn’s extraordinary chapter, copyright law prevents me from doing so. However, I will risk one sentence to indicate why I make this connection. “This space between representation and reality, text and context, expression and experience, language and being is the necessary and indispensable space of judgement and critique, creativity and value, resistance and change”. (page 113) It is, she goes on to write, the space that allows us “to call the political status quo into question” and to confront the given configuration of the world and its institutions into the categories that allow the status quo to organise that world according to its own ideological categories and logic. A logic that, in the same week that the British Government set a cap of the welfare support available to any single family, led them to double the financial subsidy given to the owners of grouse moors. (As I revise this post, the papers are reporting that a group of churches have described the same government’s benefits sanctions regime as “punitive, inhumane and unchristian”). Perhaps this is why Geraldine Finn refers to this ‘space between’ as “the ethical space – the space of the specifically ethical relation with others”.

This is the space evoked by the best of the works in the exhibition, and the best of the talks given yesterday. It is a space dependent on our accepting that we are irreducible to what can be categorically known; that we are at all times both “more and less than” those category that are used to “name and divide us”. It is, as I understand it, the potential for a sense of our place present in everyday life and the place from which the politics of spirituality and the spirituality of politics flows. But it is also an essential part of what makes our ‘sense of place’, our placed-ness as human animals defined by our capability to suffer and to create and maintain communitas – in this particular place, here and now – the very possibility denied by a mode of government that, behind the mask of democracy, is animated by a politics of naked greed. Government for and by the rich where children cannot learn because they lack a proper diet, while landowners wealthy enough to own grouse moors have their subsidy doubled.

Among the other resonances I picked up, one at the symposium reminded me how increasingly difficult it is for those working in education to keep that necessary ‘space between’ open. How is that to be done when primary school children, brought to the gallery to take part in discussion and a writing competition, can’t concentrate because they are too hungry to pay proper attention? (One third of the UK’s child now live below the poverty line). Yet it’s only too easy to see the benefits of such educational work (see http://newsroom.carmarthenshire.gov.uk/news-archive/2015/02/gallery-recognises-young-talent/#.VPNOrinma5Y). How is that to be done when university lecturers struggle to cope with larger and larger numbers of students and have less and less time to think or make because of an administered system of punitive audit, let alone time to help induct their students into an appropriate sense of communitas. The brutal logic behind this disempowerment is that Higher Education must now be made to serve an economy designed to make the rich richer and the poor poorer, although the reasons given are that it is on the brink of financial melt-down (despite that fact that Vice-chancellor’s salaries continue to rise).

In speaking briefly as the ‘respondent’ at the end of the day, I drew attention to some of these points, suggesting that a democratic education that aims to bring about any sense of communitas that acknowledges the impulse that Thin Places evoke must now work on the margins of the formal education system – through school visits, external symposia, support networks set up on the basis of friendship rather than according to the dictates of institutional hierarchies. In short, we are moving into a situation that is starting to resemble that which, historically, led to the creation of ‘hedge schools’ in colonial Ireland. If education is now increasingly colonised by, and subject to, an ideology that serves to maintain a corrupt, inhumane, deeply reductive and destructive status quo, then those of us who would resist that need to find ways to act accordingly.

I hope we can find the will and resources to create our own ‘hedge schools’, however temporary, and that if we can they will have some of the same qualities as the one that, thanks to Ciara Healy and the Oriel Myrddin Gallery, met for a day in Carmarthen Library. That event, and the work of friends in PLaCE such as Mary Modeen and Ruth Jones (who runs Holy Hiatus), both of whom spoke at the symposium, still gives me hope that this will be possible. 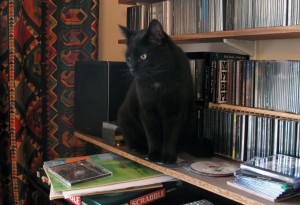