Two dimensional works and drawings, much of it resulting from/relating to the Borders deep mapping projects

Most of the wall-based work I have made since the late 1990s relates, directly or indirectly, to some aspect of deep mapping. Much of it becomes material for the books themselves, directly or indirectly, and is part of the processes of disassembling and re-combination on one hand and cross-polination on the other that, for me, is central to the sifting of information that goes into deep mapping.

The concrete workings of these processes include, for example, the series of paintings that are very much a part of the same process that resulted in first Between Carterhaugh and Tamsheild Rig: a borderline episode and then, shortly afterwards, 8 Lost Songs. The Tam Lin variations (see left and below), are paired enamels and small paintings and were made with the encouragement of Elizabeth Turrell (an internationally-revered enamel artist). They are in part based in part on drawings made in Weardale in Country Durham. Working with the unfamiliar and highly ‘alchemical’ processes of enamel was part of the process of thinking about the question of metamorphosis at the heart of the Tam Lin ballad that was the initial catalyst for Between Carterhaugh and Tamsheild Rig.

This set of variations would become central to the eight paired images that are integral to 8 Lost Songs, in part because the ‘alchemical’ dimension of enamel seemed a natural fit with the tensioned dynamic between modern psychology and the magical and shamanic concerns that surface throughout the Sowden / Debatable Lands projects in various ways. This kind of work is, if you like, my equivalent to the “graphic work (large, horizontal or vertical)” that Cliff McLucas identifies as a central ingredient of deep mapping in his “There are ten things that I can say about these deep maps”. 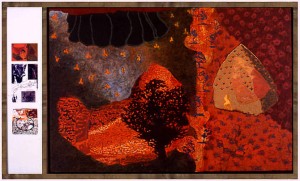 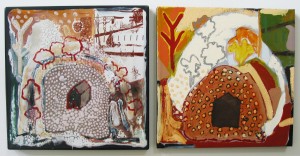 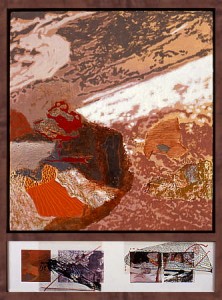 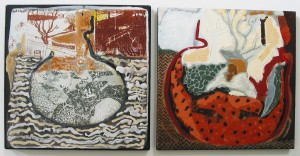 Other work made around the same time consisted on what are basically ‘augmented’ paintings – painted images to which digital prints have been appended almost like footnotes to an essay. Some of the elements included in these printed ‘footnotes’ derive from fieldwork common to the process of deep mapping which underpins all the work, while others are derived from, and constitute variations on, the Tam Lin variation enamels 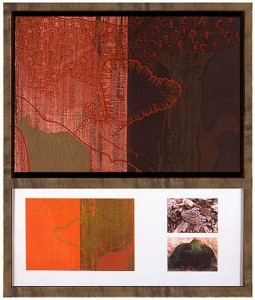 As the image (below) from the LAN2D – beyond landscape?  travelling exhibition – Dean Clough, Halifax Nov -Jan, 2005 and the Royal West of England Academy, Bristol, June-July, 2005 – shows, these works relate not only to the enamels that became the basis for the images in 8 Lost Songs but also to the Sowdun Parish Blues series. 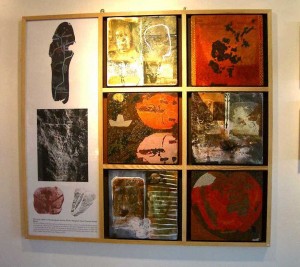 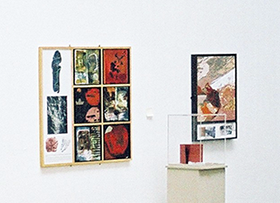 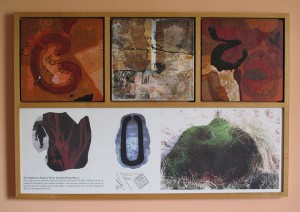 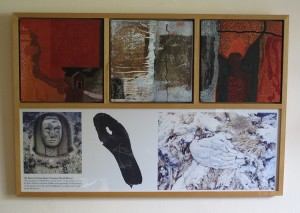 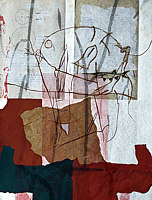 I’m interested in ‘polyvocal’ drawing that helps me explore ideas – often about landscape or landscape related issues – through combining different media and/or categories of sign. It’s an informed ‘playing around’ that aims to keep different elements ‘talking’ to each other, rather than to arrive at an aesthetic solution. However, aesthetic qualities remain indicative of imaginative ‘fitness for purpose’, like the goodwill that sustains a conversation between people who hold very different views on a single topic. I see drawing (the process) as a performative, temporal art in itself, rather than as subordinate to producing a ‘finished’ work of art.

Resident Migrants and other drawings 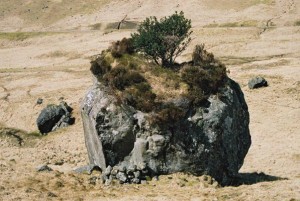 These four Resident Migrant drawings  were made in response to the same linked periods of field work on Mull as the Edge series reproduced below them. In both cases the work of the political geographer Doreen Massey – and in particular the (largely unacknowledged) parallels between her work and that of the anthropologist Tim Ingold were very much a preoccupation. 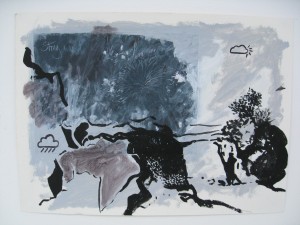 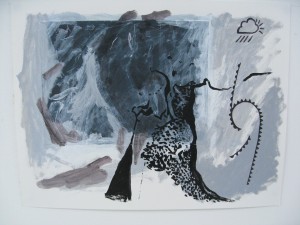 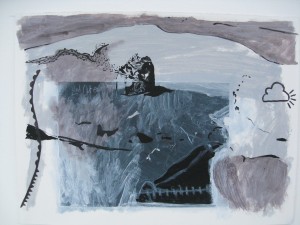 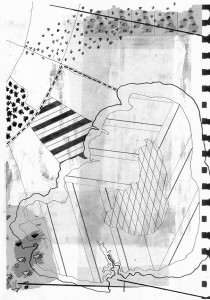 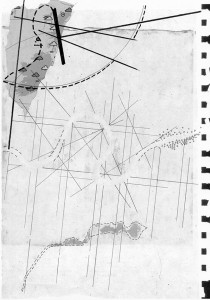 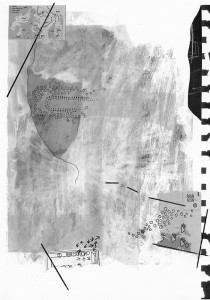 Above – three ‘map’ drawings (after Doreen Massey), made in response to reading her For Space. Below, three Edge drawings made as a result of fieldwork during a trip to Mull with my son Josh and some graduate students. 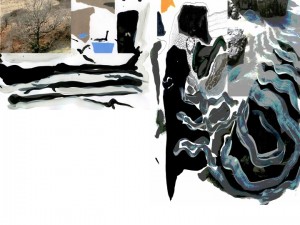 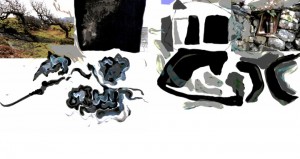