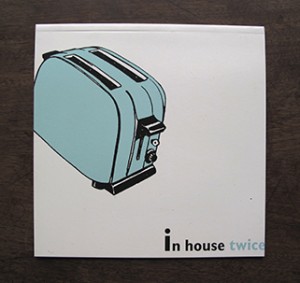 A collaborative project for the Bath Fringe in 1999, working across two very different sites – each one a private house – and undertaken by four graduate students and myself. In my case this involved the participation of one of the households to make ‘additions’ to work I had prepared. The householders were asked on ‘complete’ two works on paper based on the elements – a pair for each floor of the house.

I made a small painting – also based on the five traditional elements as depicted in Indian art – that related to each pair of images they had been given. Their responses varied from burying the work (basement level) to cutting it so that it resembled falling water – highly appropriate given their placing of the work in their bathroom.

The strategy I adopted in relation to the second house was, by contrast, based on making subtle subtractions from existing images in the house. 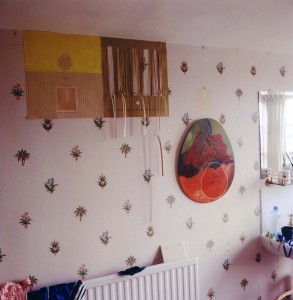