These photographs are of two sink holes in County Durham. I’ve been keeping an eye on them and their peers over a number of years.  Sink holes appear in the news every so often, usually when a portion of a city in the USA drops into one, often taking houses, vehicles and/or people with it. Their physical presence reminds me very forcibly of the instability of all aspects of the land – and not only of what’s under my feet in places such as these – and so helps me not to take it’s stability granted.

Yesterday I spoke with Margaret Ames, who teaches full time at Aberystwyth University (see http://www.aber.ac.uk/en/tfts/staff/mma/). As usually happens when we meet – sadly all too infrequently – we discussed issues relating to Welsh culture and the rural uplands farming which still just sustains the taskscape in which Margaret lives, and that has been so important to my own work. Most people have internalized an urbanist mentality that either reflects Marx’s observation about ‘the idiocies of rural life’ or tends to think nostalgically of the rural in terms of picturesque landscape and rather static, backward-looking and parochial communities on the margins of contemporary society. Such attitudes are unfortunately dominant and ignore so much – the realities of agribusiness and its negative environmental and social impact, the playing out of tensions around national identity through the politics of the ‘heritage industry’, the increasing distopia of many indigenous working rural communities, the growing crisis of Britain’s smaller farms, and so on. Some of these attitudes are perpetuated by members of rural communities themselves – particular the landowning classes and urban escapees who might be said to be located, rather than working, rurally; but many are simply a reflection of ignorance and media stereotyping. 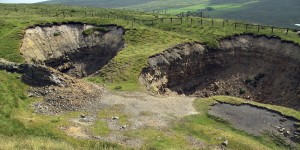 Margaret’s and my conversation was focused by a number of general issues that it seems worth articulating here. The first relates to what I take to be the most pressing educational issue of our time which, as anyone who reads these notes regularly will know, is the need to facilitate the shift from a disciplinary-based to an ecosophical conception of education; namely one that aims to provide a basis for ecosophical praxis. While the resistance to any such a shift – which requires a radical change in the realpolitik of Higher Education and the professions – is naturally massive, it is none the less a vital part of creating a genuinely sustainable future. Perhaps ironically, and this brings me to my second issue, working rural communities in countries like Wales – which still have a tradition of poetics – are far more likely to offer us initial models of what is necessary for ecosophical praxis to emerge in practice that any number of academic tomes on Guattari.

In Margaret’s home village, as in communities like that on the Isle of Mull, most people must exercise a wide range of different skills and understandings, both in order to earn a living and to sustain any kind of living culture. Community in such places is always fragile, cannot be taken as a given, and requires a good deal of effort by individuals and groups to sustain and constantly recreate it. To survive, let alone to thrive, an uplands farming community requires an engagement in the intermeshing of environmental, social and personal ecologies that, while very far from Guattari’s ecosophy in some respects, in others offers an important lived embodiment of the tensions and connectivities any genuine ecosophical praxis must engage with. While the urban academic theorist can take for granted that her monthly salary enables her to gather her basic physical and cultural sustenance on her way between home and work – whether from a supermarket or a multiplex or arts center – in rural communities these things usually require planning, a thoughtful allocation of resources and, very often, the necessity of social co-operation. In short they require skills that, as the unsustainability of our current consumerist culture starts to bite, will be increasingly necessary to us all.

A third related issue has to do with dwindling fossil fuel resources for long-distant transportation of basic necessities, land use, and the production of food. At present upland farming is increasingly threatened by a combination of factors – many of them related to a blending of economic and social policies that – in the name of a popularist pseudo-democracy – enables Government to believe itself entitled to ignore the needs of ‘marginal’ rural communities. However, as climate change continues to lead to rises in sea level, our whole approach to land use will need to change because there will simply be less and less of it – whether to live on or produce food. (Ironically, it is possible that global warming may allow grain to be grown on a small scale at higher altitudes than at present, as it did in the late Iron Age and Roman period in upland Britain). If, as seems inevitable, the UK will need to become both far more self-sufficient in terms of food production and, with many of its major city at close to sea level, need to relocate very substantive percentages of it population to higher ground, working rural communities in general and upland rural communities in particular, are likely become a contested but vital basis for the creation of a genuinely sustainable society. At present both the dominant social order and our increasingly embattled rural communities – facing such issues as the loss of post-offices, in many places a cornerstone of rural communities – lack the necessary envisioning necessary to catalyze the kind of ecosophical praxis necessary to address these issues. While artists – in the broadest sense – are beginning to undertake just such an envisioning they can only do so much on their own.

And it is at this point that an ecosophical approach to the arts and education as they apply to these issues is urgently needed.