Evoking a polyverse: the problem of academic writing. | Iain Biggs 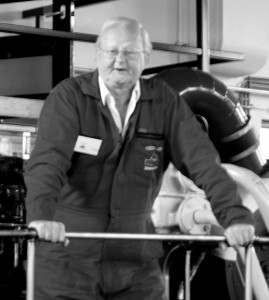 A great deal of academic writing is inaccessible in two senses. Firstly, it is written in a specialist language that is exclusive in the sense of being difficult for the average lay reader to follow. This is to some degree inevitable, and actually applies equally to exchanges between the gentlemen in the image above and his co-enthusiasts. (That’s to say it’s hard to follow unless you’re a Dutch pumping station enthusiast). But at least the enthusiasm that animates such conversations, together with external points of reference and relevance, mean they can be accessed by anyone who really wants to learn more. That’s simply not the case with academic writing. Most of this is published in specialist journals which cannot be accessed from outside the library systems of academic institutions – unless, of course,  you are prepared to pay very large sums of money to do so. (This notwithstanding that it is public money in various forms that pays for the production of this writing).

It’s in this context that my thoughts below appear.

Three recent events have prompted me to think yet again about what, for me, is another central problem of academic writing/publishing. (A email exchange with Elen-Maarja Trell, one of the organisers of a recent resilience workshop at Groningen University, questions from Antony Lyons following a talk on deep mapping given at UWE, Bristol, on Monday 15th October, and down-loading the  Intellect Journals house style pdf – all 16 pages of it). The problem is that, at least for the most part, such writing/publishing requires the writer to adopt a highly artificial and exclusive ‘voice’ that is usually shorn of all the enthusiasm and wider reference that allows us to find ways into the conversations of enthusiasts. A voice heavily constrained by the increasingly repressive realpolitik of exclusive disciplinary and managerial protocols and the instrumentalism inherent in the management policies that drive current knowledge production.

I downloaded Intellect’s style guide because I have almost finished an article, the result of a Visiting Fellowship at NUI, Galway, that relates to my subsequent talks – particularly at Groningen – and so needs to go out into the world. Fine, but if I submit it to a journal I must:

Its this last point that vexes me at present, since I’ve been doing all I can to draw attention to our need to move on from a thinking based on disciplinary ‘worlds-unto-themselves’. To suggest that we need to refuse the rhetoric of ‘inter-disciplinarity’ that all too often masks the intellectual Neo-colonialism of ‘serious’ (scientific) disciplines that are predicated on what Peter Marris (in his wonderful book Loss and Change, 1986) identifies as an “aggressive conservatism” (p. 130). Disciplines for which the arts and humanities are all too often little more than a source of subaltern labour to be exploited at will. Any outward-facing creative research in a democratic country that’s worth the name needs to be multi-contituency research; to be predicated on working towards seeing the world more as a mycelial polyverse, and less as the hierarchical mono-verse co-produced by the dominant elite and our current epistemology.

So, I’ll no longer try and find a journal to publish my article – Acting elsewhere and otherwise? Imaginative action between the institutional worlds of art, education, and politics. Instead as soon as it is completed I will simply add it to this web site and let it find its own way out into the world by word of mouth. At least in doing so I will give it the dignity of standing or falling on its own merits.